Women’s Day: How these women are cleaning the country up, literally 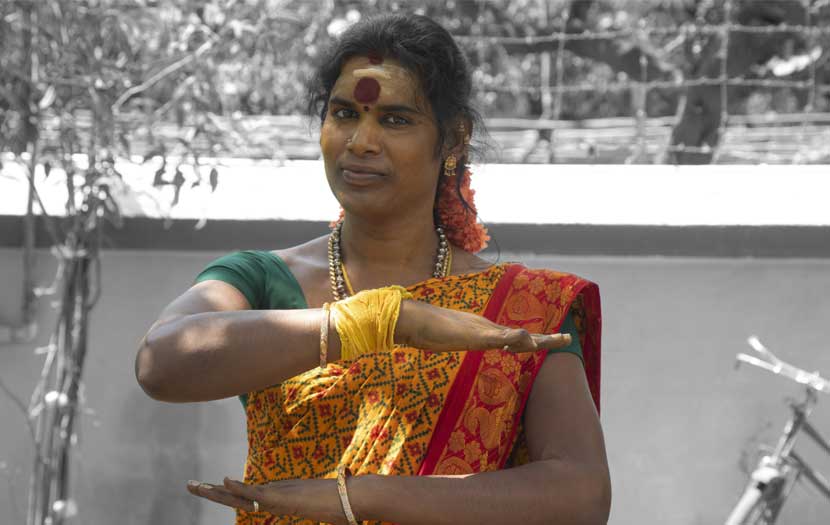 Kamala is a 32-year-old transwoman who studied upto the seventh standard and then dropped out due to family circumstances. She has held a variety of jobs in the past. T Saranya is a 28-year-old woman who finished her BCom and is now working. The connection between the two women is that they play a huge role in safeguarding the environment and taking care of us.

How, you wonder? They are both women working in the sanitation sector. People who are often overlooked but hold the key to safe and hygienic living. So this Women’s Day, we got up close and personal with two women who have been working to ensure and encouraged santised living.

Off templles, toilets and being a transwoman

Kamala has had her share of problems growing up and as an adult, because of her gender identity. From society to government policies, Kamala has fought a number of battles, but her struggles don’t define her. At least, they are not the only things in her life that define her. “I just always wanted one thing – independence, financial stability. I didn’t want to depend on anyone. I just wanted a job, any job. But I wanted one, one that would not just leave me at mercy of society,” Kamala says. Speaking about how women from the trans community are often forced to get into the flesh trade, Kamala said, “Those women are only pushed into that trade because there are no jobs that are offered to transgenders. The government won’t give us jobs and neither will people. So what will women do for food?” she asks.

Kamala is happy with her job though, she is a community toilet operator in Tiruchy. Before this, she worked as a daily wage worker on a construction site. She joined as an operator about three years ago, “In the morning I work at a temple here, I do all the cleaning and it also becomes my home at night. After I finish my work there, I come to the community toilets around afternoon and spend the rest of my day here. I had out tokens to people who want to use the toilets,” she explained. Kamala has four colleagues and they all take turns to maintain the restroom. “It makes me happy that I’m being of service to society and helping people feel happy and healthy. It is important to make people aware oh how they can keep themselves hygienic and how they can help others too,” she says.

People keep asking Kamala why she works so hard as it’s anyway just a toilet, “When people see that a toilet is clean, they also put in more of an effort to keep it clean when they leave. It’s encouraging,” she adds.

However, people have not always been good to Kamala, they have chided her about work in the community toilets, “People make fun of me, tease me, put me down for doing this work but I have no issues with it at all. I’ve learnt it take it in my stride and just move on. What I want to be known for is doing my work well, that’s all I care about,” she says. Kamala says she’s not one to go for searching for happiness because it has not always reached her but she doesn’t mind a life full of struggles, “That’s life anyway.”

Kamala has tried various ways to keep get a permanent job, she’s run from piller to post to do so. But nothing has helped so far, “I keep getting sent from one officer to another. It is hard and frustrating because I’m a good worker and I want to continuing serving the people,” she tells us. 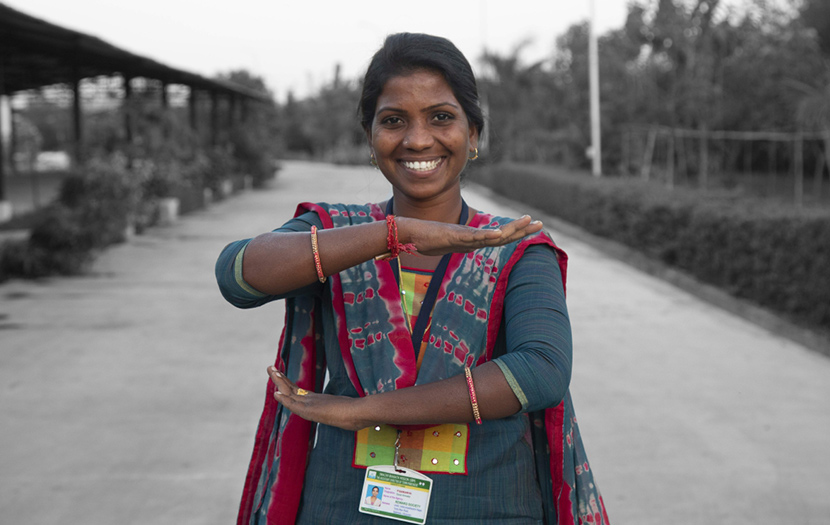 There’s a teacher in every one of us

Saranya’s life in Karunguzh town Panchayat, Kancheerpuram is slightly different. She is a fecal sludge treatment plant supervisor. She was the first
woman to work as a supervisor at the plant, yet again breaking into a male dominated industry. Saranya completed her BCom and wished to become a teacher. But six months after joining the plant, she feels she’s still a bit of a teacher because she has to guide so many people who are under her.

Saranya guides the FSTP operators and helps them with their work. She is also in charge of the large gardens and farms hat surround the plant and she also heads awareness campaigns to make people aware of the plant and how treatment of sludge has so many benefits.

“The best part of my job in that I get to work in this amazing mini forest. We have all sorts of fruits and vegetables and trees and I thoroughly enjoy taking care of them, I also like that I’m helping keep the earth more clean,” she says.

Saranya also travels to areas around their region, organising mass campus yelling people about the benefits of composting, the best way to stay hygienic and how amazing the process of fecal sludge management is, “To tell people that throught treatement we can drink good water and use the rest of the materials for farming is a huge responsibility and I love doing it.”

She hopes that now since she is the first, other women will also join in. She’s still relatively new but knows the in and out of the plant and has plans to stay on in the plant for the next couple of years. “I have such great colleagues here, I feel I might not be as happy in other
plants,” she says.TAGS women’s day LGBTQ sanitation Kamala and Saranya are being celebrated along with five other women in sanitation by the Indian Institute of Human Settlements and the Tamil Nadu Urban Sanitation Support Programme through a social media campaign. The organisations are noticing and honouring the women that keep our surroundings clean and probably do much more for the environment than all our hashtags for climate change do. The happiest of Women’s Days to them!