Why Trained Masons Are Critical To India’s Sanitation Drive

Chennai: G Ramesh* was 12 when he first accompanied his father to a construction site in Tamil Nadu in 1994. He spent the day carrying stone and bricks, fetching equipment and cleaning cement containers–tasks of a helper, the lowest grade in construction work. At the end of the day, he was paid Rs 35.

“Though I was doing well in school, I ended up spending all my summer holidays working on construction sites with my father,” said the 32-year-old from Ganuvar village in Periyanaicken-palayam town panchayat in Coimbatore district.

Ramesh went on to become a maistri, the chief mason who oversees construction, usually with a crew of 10 under him. Like Ramesh, most masons learn their work on the job as a family trade. While masonry is a skill that can be learnt as a family trade, some aspects, especially the building of sanitation systems, could require formal training. Without appropriate and environmentally safe structures in place, there are possibilities of leakages and contamination of groundwater and surface water, leading to public health concerns and environmental pollution.

The full cycle of sanitation or the sanitation value chain consists of four stages–access to toilets, safe containment, conveyance and finally, treatment and disposal. Sanitation systems can either be on-site systems such as septic tanks and pits or networked, underground sanitation systems (sewerage). Unlike sewerage systems that are mostly designed, constructed and managed by the government, on-site systems are built by builders, developers and masons.

Given that nearly 50% of urban households in India are still dependent on some kind of on-site systems, masons are one of the key stakeholders in the sanitation value chain, as the containment structures built by them can determine the safety of the toilets. Faecal Sludge Management (FSM), or safe management of on-site systems, remains key to ensuring safe sanitation in India quickly, and cost-effectively. 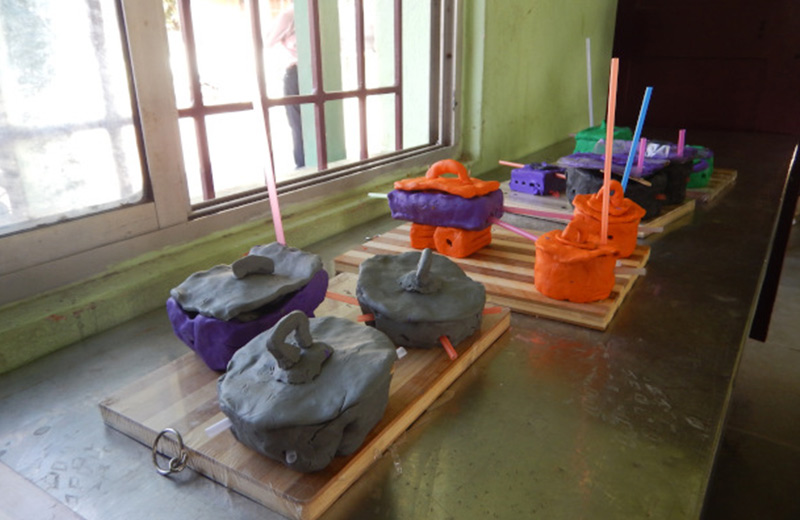 It is, thus, essential that masons follow current trends requisite norms in sanitation practices and standards. But masons rarely get anything more than informal training as apprentices, as this assessment done by the Tamil Nadu Urban Sanitation Support Programme (TNUSSP) and supported by the Indian Institute for Human Settlements (IIHS), found.

Swachh Bharat Mission, the government’s five-year cleanliness and sanitation programme focussed on ending open defecation in India, completes four years today. Given that a large number of toilets under the mission are on-site systems, ensuring that masons are trained could be the key to its success. While this study was conducted in Tamil Nadu, lack of awareness to prescribed standards, and non-adherence is common in most parts of the country.

Masonry remains a family trade with no formal training

Seventy masons from three locations in Coimbatore district were interviewed for this assessment, and it was found that none of the maistris or skilled masons (kothanars), aged between 30 and 60, had any formal technical training in masonry. The lack of formal training may not impact their masonry skills but it does mean that they may not understand the safety norms, and the prescribed standards laid down by the government.

“There is no time for anyone to teach you masonry,” said Murugan, a mason from Periyanaicken-palayam. “You learn by observing your seniors. Sometimes, your supervisor will give you tips but otherwise, you are on your own.”

There were also some like Ramesh who took up masonry to support their families though they had other qualifications. “I had to take up this work when my father fell ill,” said Ramesh who has an ITI (Industrial Training Institute) diploma in electronics. “It was easy getting adjusted here because I was familiar with the work.” His younger brother who is a high school graduate is now a kothanar.

Though only around 3% of the masons had experience of building wastewater treatment plants, they regularly constructed toilets–both the super-structure that is above the ground and the sub-structure or the containment structures such as ‘twin pits’ and so-called ‘septic tanks’.

The specifications to which on-site systems were constructed, however, were decided by factors other than technical standards. Space availability was a key factor (91%), followed by the cost of construction and maintenance of substructures (77%). 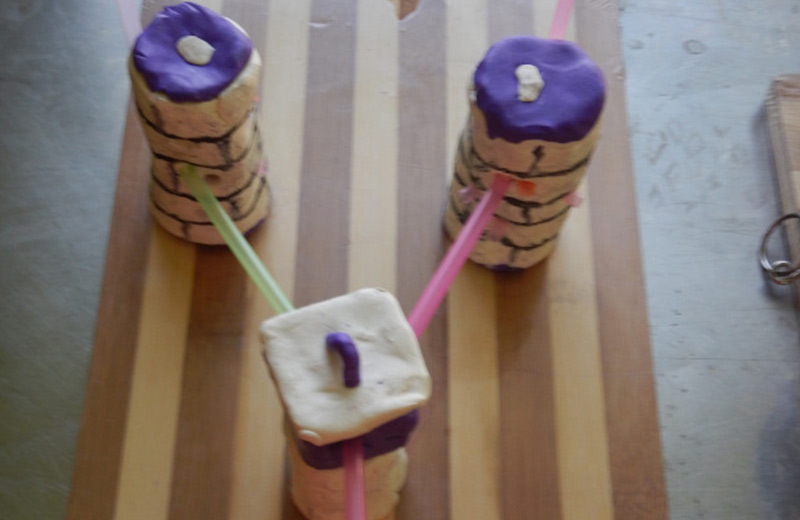 Other factors such as site conditions, family size, availability of water, and cultural beliefs also dictated toilet construction. House owners usually had a bigger say than masons in decisions around sanitation, and these were often based entirely on the budget available.

The mason’s technical advice often did not count for much. “We can only suggest, but the decision is made by the house owner,” said Saravanan, who has been working as a mason for the last 15 years in Trichy.

One mason noted that sometimes vaastu, principles of design based on a traditional Hindu system of architecture, was a deciding factor for the location, and another reported that towns tended to have sub-structures inside the house while villages had them outside due to cultural beliefs about hygiene and health.

Despite BIS standards, septic tanks are made oversized due to desludging costs

The specifications for the construction of the septic tank itself are outlined by the Bureau of Indian Standards (BIS), based on household size. But these decisions too were usually taken by the house owners, and masons often were asked to construct oversized septic tanks to avoid the recurring cost of regular desludging, which is essential for safety.

When masons were asked to draw an appropriate septic tank for a family of five, around 80% drew structures that were oversized in comparison to the BIS standard of a 5 ft x 2.5 ft x 3.4 ft tank for a five-member family. Only 20% of masons said that they were confident about the ‘correct design’ of a toilet system as specified by BIS.

BIS also requires the tank to have provisions for the outflow of liquid effluents discharged from the tank which need to be transferred to soak pits. While most masons reported making the provisions for this outflow, the outlets were not always connected to soak pits and 40% of masons reported having connected septic tank outlets to open drains–a practice which is highly unsanitary and polluting for the environment.

Access for cleaning was another problem area. Septic tanks are supposed to be covered with a removable concrete slab and accessible from the road for collection by a desludging vehicle, according to BIS rules. But almost half the masons reported building septic tanks covered by a sealed concrete slab, leading to serious safety issues for sanitation workers.

All these flaws represent significant gaps between standards for construction of on-site systems and site practices. There was also an evident knowledge gap among the masons themselves on how to build septic tanks–around 32% expressed lack of confidence about being able to execute the correct design: 20% of them said they depended on engineers for this information.

Training programmes are needed to equip masons with technical information

Training is necessary to ensure that these gaps do not exist and on-site systems are standardised. During the survey, 60 of the 70 masons interviewed expressed an interest in being trained. Following this, around 126 masons were trained in workshops run by TNUSSP. 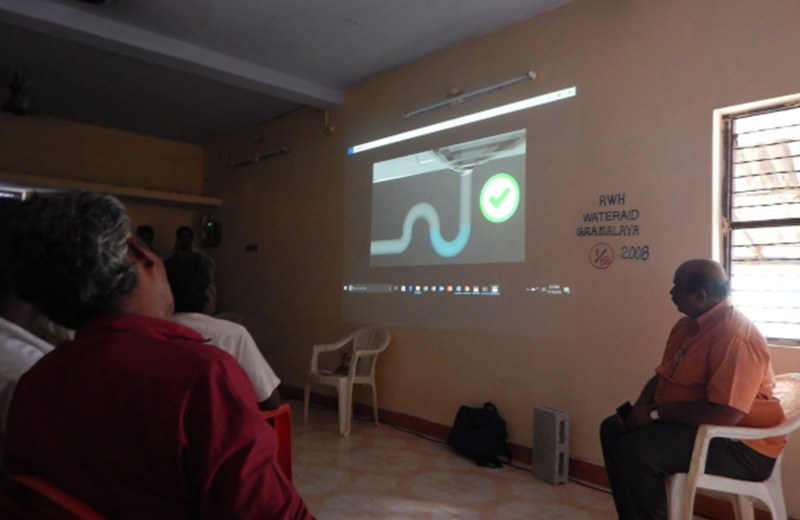 In these workshops, the masons were given an overview of FSM, and were trained on existing construction standards, especially do’s and don’ts with respect to septic tanks and twin pits. The importance of masons in the sanitation system was also stressed. The training included both classroom sessions and on-site demonstrations, and the masons were evaluated on their knowledge of technical terms and ability to design systems based on standards.

In the sessions, it was found that equipping masons with knowledge about BIS standards could help them convince house-owners about selecting technically suitable options, and engage with the builders who were their employers.

On-site systems, not built to prescribed norms, are a significant public health risk. While building toilets and ensuring open defecation free villages are some of the publicised aspects of the Swachh Bharat Mission, FactChecker has found that there is insufficient attention paid to efficient sewage and septage disposal.

This assessment demonstrates that it is imperative that people involved in construction–house owners, contractors, builders–all understand the importance of trained masons, and listen to them to ensure safe and effective sanitation structures.

*all names have been changed to preserve anonymity

(This article has been written by the Tamil Nadu Urban Sanitation Support Programme (TNUSSP), based out of the Indian Institute for Human Settlements, Bengaluru. TNUSSP aims to effect improvements along the full cycle of sanitation in Tamil Nadu.)