Featured in The News Minute

In an effort to put these workers on the path to rehabilitation, the Tamil Nadu Urban Sanitation Support Programme (TNUSSP) has launched an initiative to provide them with the regular health screenings that they are entitled to by law.

In partnership with Equitas Development Initiatives Trust, the first camp was conducted by the Coimbatore City Technical Support Unit of the TNUSSP on Friday.

However, the practice of manual scavenging continues unabated in India with unofficial reports recording the employment of thousands of persons as manual scavengers.

In Tamil Nadu, a survey conducted by the government in June last year claimed that 363 persons were employed in manual scavenging in urban areas and none in rural areas. However, activists have refuted this figure, stating that the actual figure is much higher.

According to the TNUSSP, while some rudimentary arrangements for health surveillance exist for the sanitary work force attached to government organisations (municipal corporation, municipality etc), there is no similar arrangement for private septage operators. Added to this, the group also observes that health-seeking behaviour is poor among the desludging operators.

With the objective of finding a sustainable solution to the problem, the Coimbatore City Technical Support Unit of the TNUSSP initiated the process of holding regular health screening camps for private as well as government desludging operators. 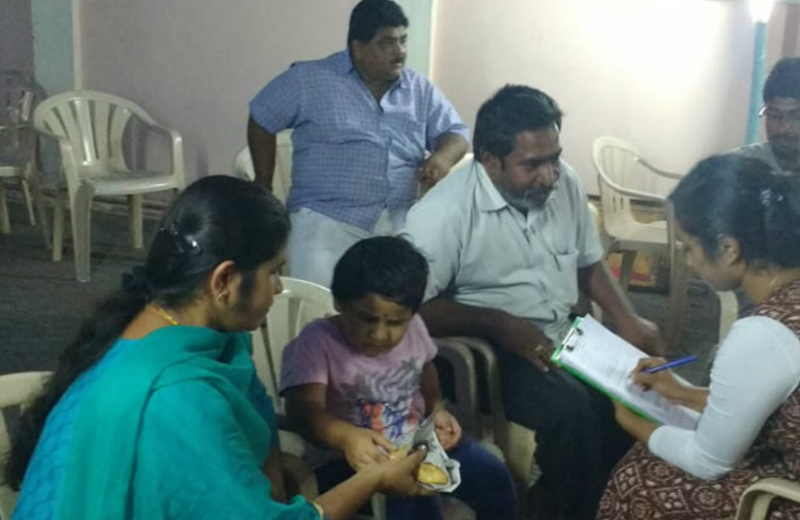 Explaining the sanitation process to TNM, Asma of the Indian Institute for Human Settlements, that works closely with the TNUSSP says, “Once people flush a toilet, they don’t know what happens. We think that there is an underground sewerage system that takes it in and cleans it. But studies have consistently shown that it is not economically feasible for any city to have an underground sewerage system. The topography does not allow it. These systems require lot of maintenance. In the absence of these systems, people are expected to build septic tanks. But once you build one, it has desludged regularly, which means people need to come and clean it regularly. This has to be done mechanically with a truck and protective gear and not manually. It has to be taken to a treatment plant and either converted into reusable products for composting or it has to be made safe and released into the environment. This is the full cycle of sanitation.”

The group works with both the builders of septic tanks as well as sanitation workers in order to put in place measures for the proper building, usage and disposal of waste from these septic tanks.

They have developed a guide book of designs and estimates of toilet construction within the stipulated cost by the Swachh Bharat Mission (Urban) scheme.

According to them, the key objective of developing this guide book is to empower the beneficiaries – sanitation workers, masons, engineers – hired for the construction of these toilets to make an informed decision on the selection of a suitable design, depending upon their own financial capability as well as the topography of the location.

The first of the health camps for the workers was held at the Periyanaickenpalayam Town Panchayat office on Friday.

The TNUSSP also hope to institutionalise regular health screening camps for the desludging operators and sanitary workers in the future by incorporating components like respiratory health, treatment for skin problems and vaccinations for children.